What's on your mind?

Another botter team on the leaderboards, NTF and here’s the captain: 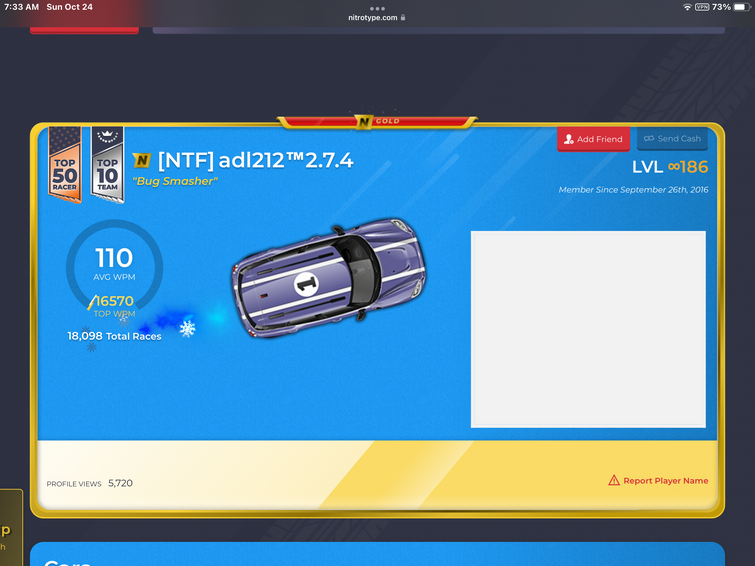 The leaves are turning yellow and orange and red and that's the cue for NT to turn their cars as well. This year we have the most autumnal cars featured in NT yet with an abundance of farm vehicles. There's also a bunch of new autumn stickers, titles, and trails, perfect to fit the track released a couple of weeks ago. Most of them also fit great with the new Hallowampus cars.

Also, introducing a new feature: There are now daily quests that upon completing one gets bonus XP. In addition, ranks are no longer contingent on quantity of races; they require XP from this new system. In addition:

This season features five new cars and a bunch of other loot - which will be placed on the wiki soon. For now, you can check out everything here while waiting for NT to load:

Cartrod: Bring home your prized pumpkin in this car! 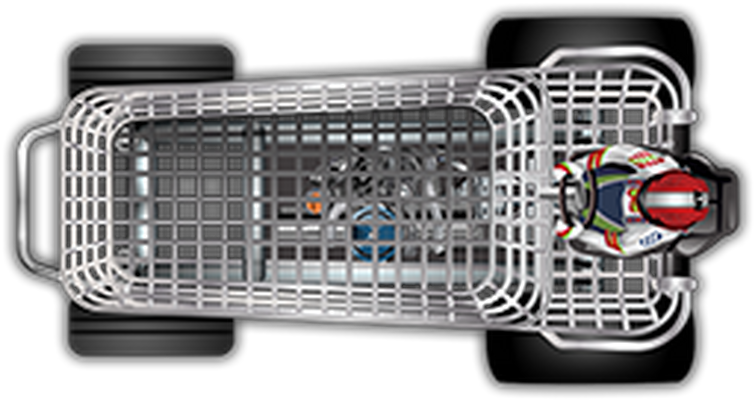 Harvestall Tractor: Lug a big load such as a new covered wagon (its probably the Wampus hiding in there). 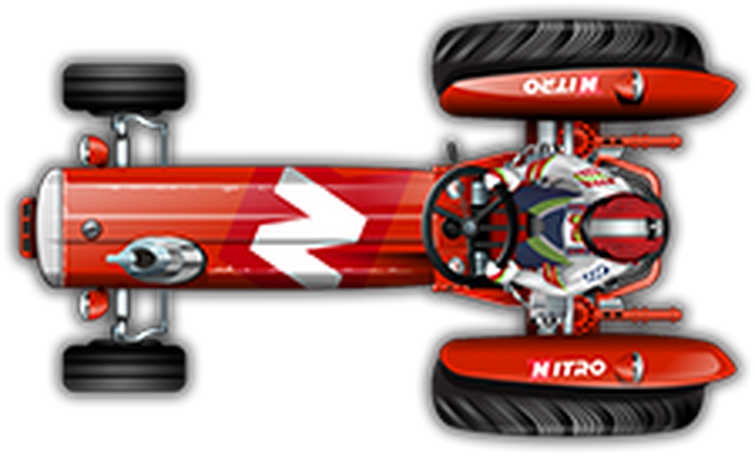 Liberty S7: Sleek. Fast. Perfect for speeding down dirt roads and leaving the rest behind.

Please remember to keep all discussion involving Season 36 - Autumnal Overdrive as well as the new garage/XP system on this post.

See y'all latte on the track! 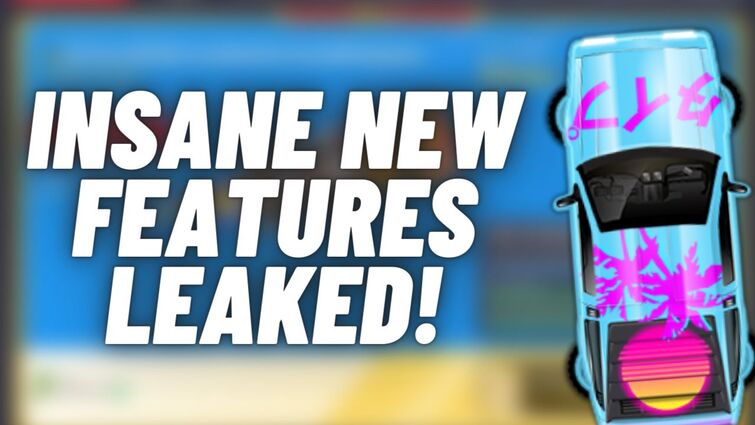 All discord users be on alert for Golden Typer he is on a scamming spree he recently scammed corona karen,G1 Gold, and many more 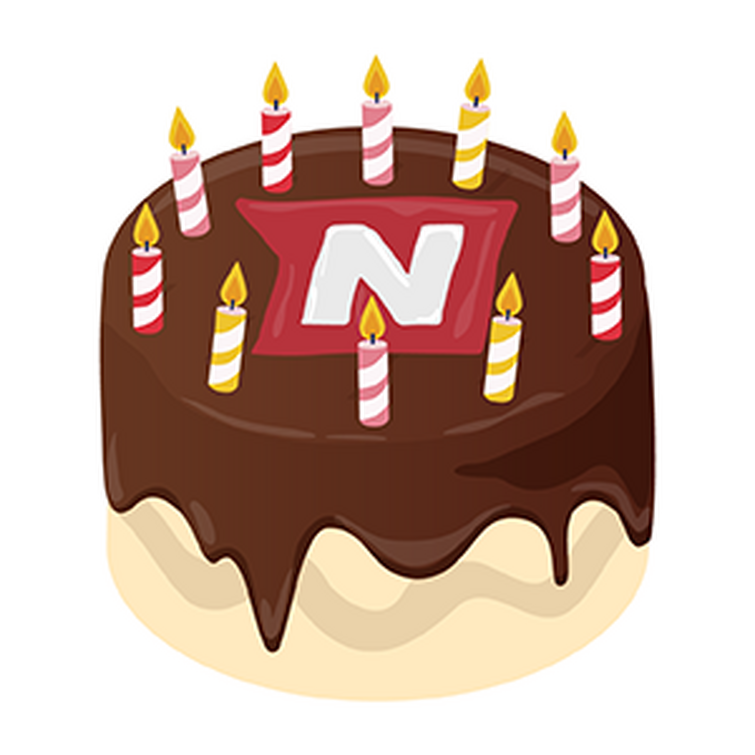 I noticed a'lot of people experiencing some issues with the teams page. I've been getting a'lot of DM's on my Discord about the team bug. Just letting you guys know that I've been experiencing the same problem. I talked with the Nitro Type Staffs and they are working on it. There is a bug, racers are getting kicked from teams. There is something wrong with the saving script and might have to delete all the teams to get rid of the bug. It is not confirmed so there is no need to panic. sincerely... A E S T H E T I C 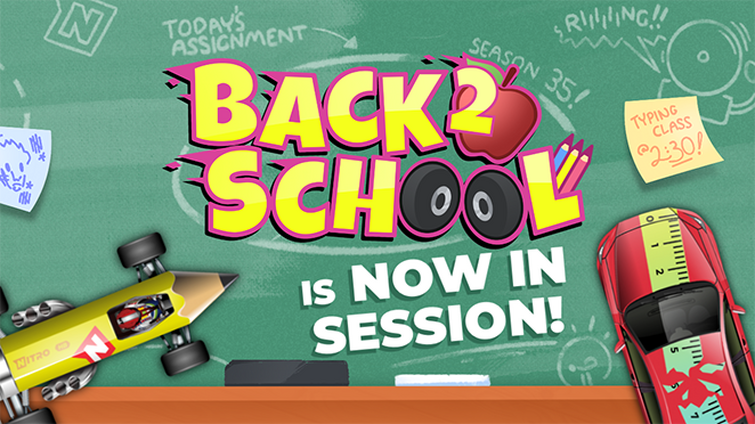 Now that Season 34 has ended, NT is wasting no time getting ready for Season 35, which will begin at 9pm EST tonight.

This annual season will have 5 new cars, just in time for the first few weeks of school where ya'll are bored and will grind NT in class... or was that just me 😳 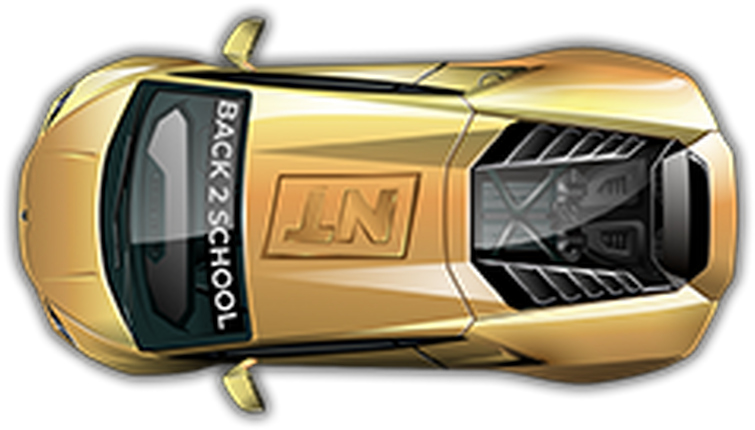 This shiny car is animated, and I'm 80% sure it's the free tier for being a gold member. At least it's way more sporty than the ~~junky~~ gold eraser car 😉 Time to celebrate a new school year back in person!! 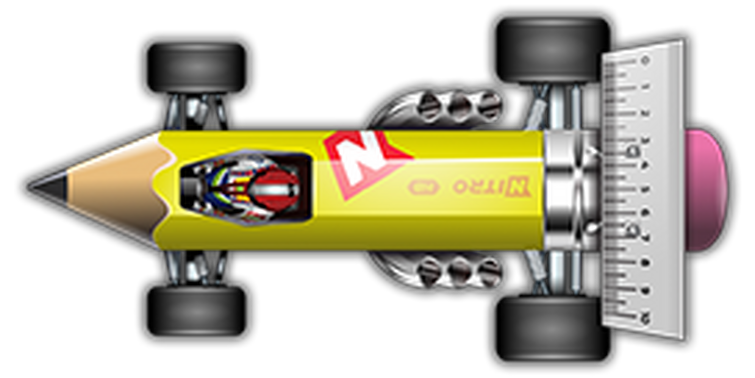 You'll take the lead with this new pencil car - but it requires 300 races! To the average player - it might take a little more than a few days to get.

Only 20 races are needed - EZ speedin! 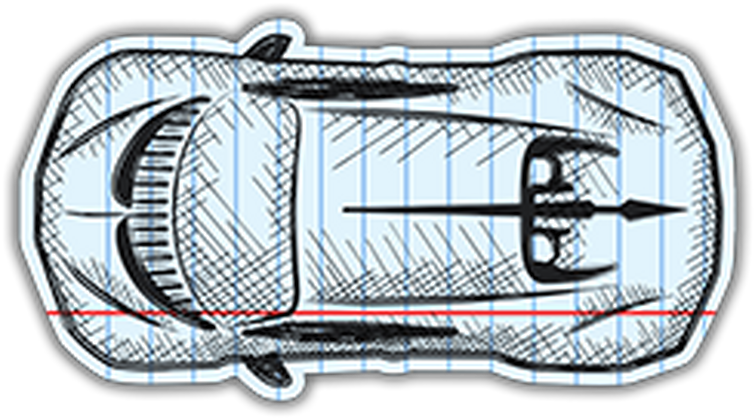 Bored in math class and lacking a computer? Well, it's time to doodle, and looks like the admins doodled this 2B (no it's not 2D) sports car -- I'm getting this car vibes. Only 80 races required. 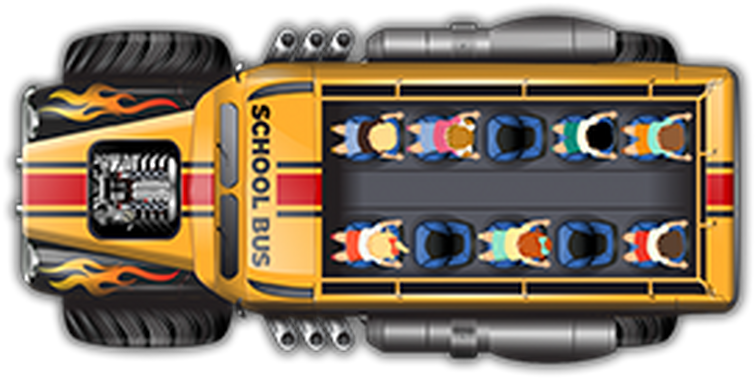 Now this is fr a scool bus - with a party on the inside!

Yup - this guy's back (slightly remodeled). Requires upwards of 500 races (so if you're lazy and you already have this car there's no need to spend 3 hours sweating the last day of the season).

There's also 5 trails (as previously leaked), some cash, some stickers, yeah yeah all we care about is the cars anyway.

A lot of people usually complain about not having gold - but to their delight this season half the cars are available to the nongold members.

You can also look at the official Season 35 wiki page for more information on this sCOOL season, and please be sure to keep all discussions about the new season (and its cars/items) on this post.

Thank you, and happy tracing! 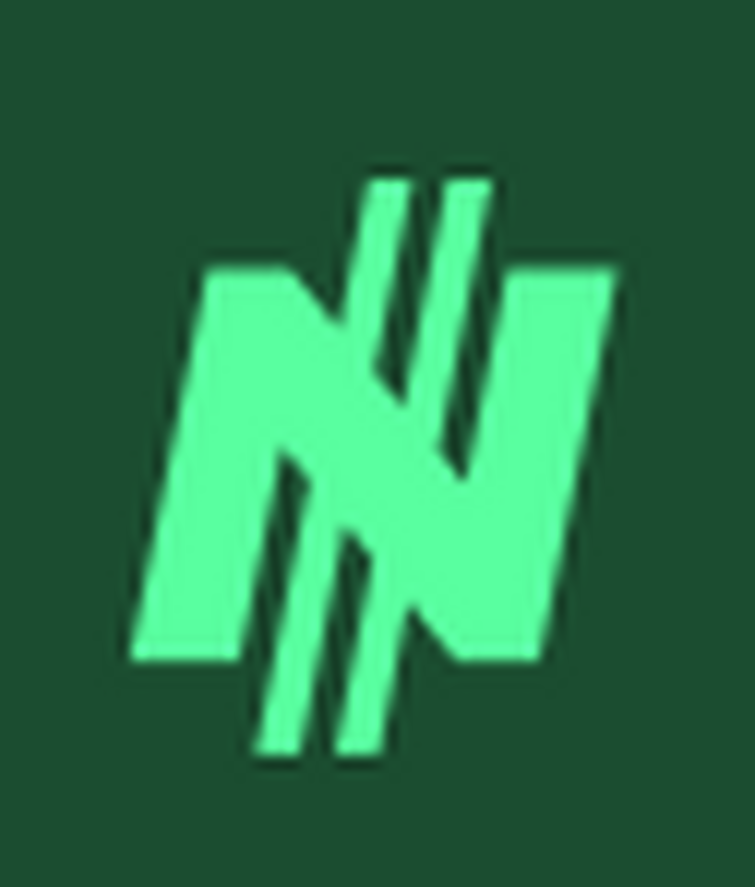 Welcome to Season 34 all! It started a few hours ago but you can still check out this post with a few of the cars and discuss them here as well!

For the first time (In a while), there are six new cars - and zero old cars 😲 Old and new players alike will enjoy this season equally.

There are a few new stickers and titles, and a bunch of cash rewards like always, but here's what we're most looking forward to - the cars.

Disclaimer: The car pages don't have the stuff on them because even though NT released the code I didn't have enough time to work on them, had to go to 🏫 and I spent all my time writing this post.

Juiced ATV - a fiery car with *surprise* is that baby bat wings I see? 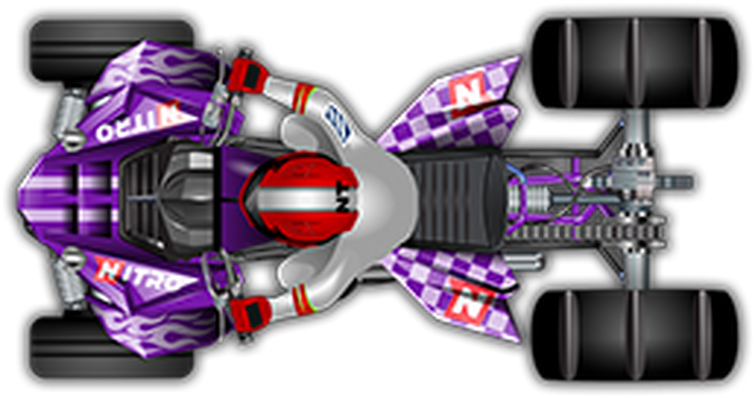 Dune Bounder - Upgraded version of some of our old dune buggies, and there's room for 4!

Corsa Punti - The most tiedie car of the century (it's only late by a year or so) or at least since Neon Spring.

San Juan Rescue - We got police vehicles, we got ambulance vehicles, and now we finally got a lifeguard vehicle!

Liberty OG - The collection is complete with a classic military vehicle.

Hope y'all enjoy the season and more importantly this summer!

Please keep all discussion about the achievements, vehicles, or anything else related to season 34 on this post for organization purposes.

See you on the track!

Edit: Not sure why the images are sized weirdly, I'll look into it.

(edited by PlantstoDraw)
Season 34 - Summer Trails
This post is locked.

Glad to share that the new track is now out! I believe it is by chance whether or not you get the track at the moment - 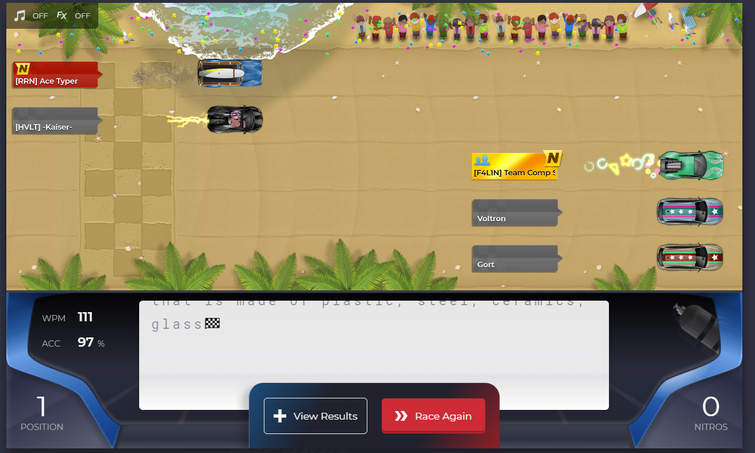 Hey Guys. Don't account share. You shouldn't be but if you are NT isn't reseting passwords anymore due to new Company Policy. -Just a Warning- Thanks. - Heaven

(The reason I put this in Wiki announcements is that I have something to say. Before you look at this post I wanted to say that this is actually my last post, just because I feel like the Nitro Type Fandom is a little too much for me. And I got blocked before so that made me lose some confidence in being here. You can't take away that memory. Some people don't even know who I am so they won't care to see me go, but it's been nice on here. Bye!!!)

Okay so this is what this post was gonna be about:

XMAXX DEALS ANYONE??? UH...YEAH!!! For absolute SURE! I cannot wait to see what cars they put out because I am ecstatic! What cars do you think will be released from the XMAXX period of Nitro Type? Put your opinions in the comments, I'd love to see them. Maybe they'll release the Chocolate Knight! (It's one of my favorite cars that I don't have) Or maybe even the Frosted Roller! Man, I can't wait to see what it's gonna be. Also, this is not meant to be advertising but my team moved down into the 100s! We're in 79th place if you wanna check us out! XSWIFT.

But anyways, opposed from both of those subjects I wanna say thank you guys for letting me on here and having a fun time! See ya on the flip side! (Nitro Type) Friend me if you want at IGotsDaSpeed. I have a display name though so it's also AniyahGotsDaSpeed.)

With Nitro Type admins (and PenguinTyper) recently equipping trails, it has been hinted that trails will be released. Today two trails that users can now achieve and use were added, the “Gold Trail“ and the “Cash Trail“. The Gold Trail can be earned from purchasing a Gold Membership, and the Cash Trail from buying cash from the Cash Store. 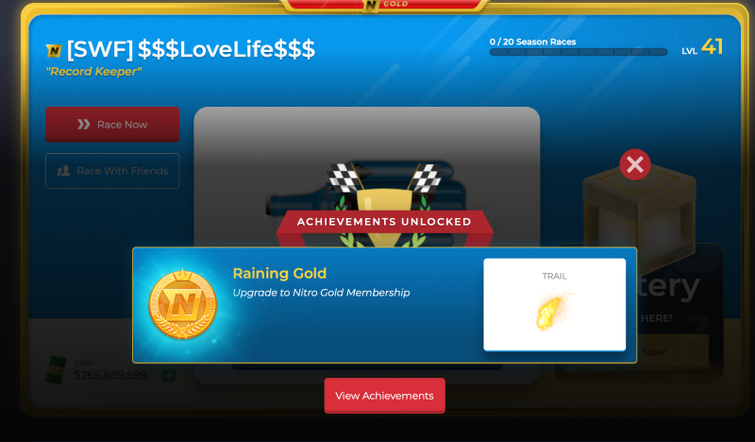 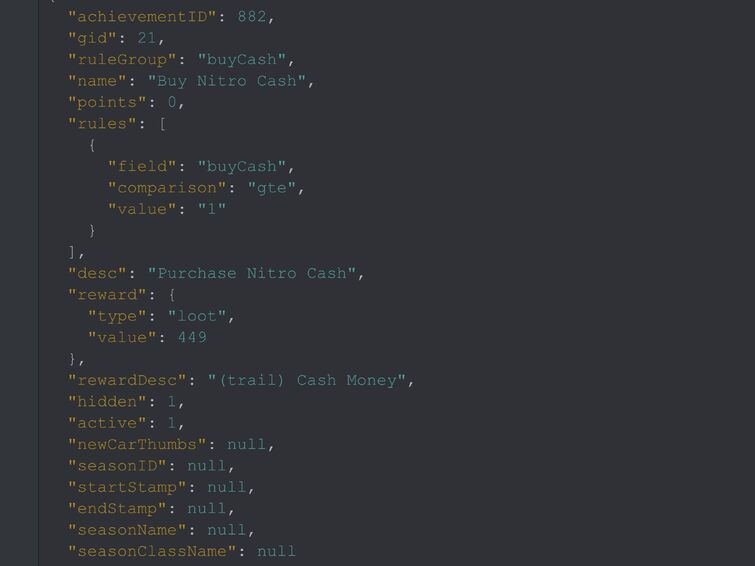 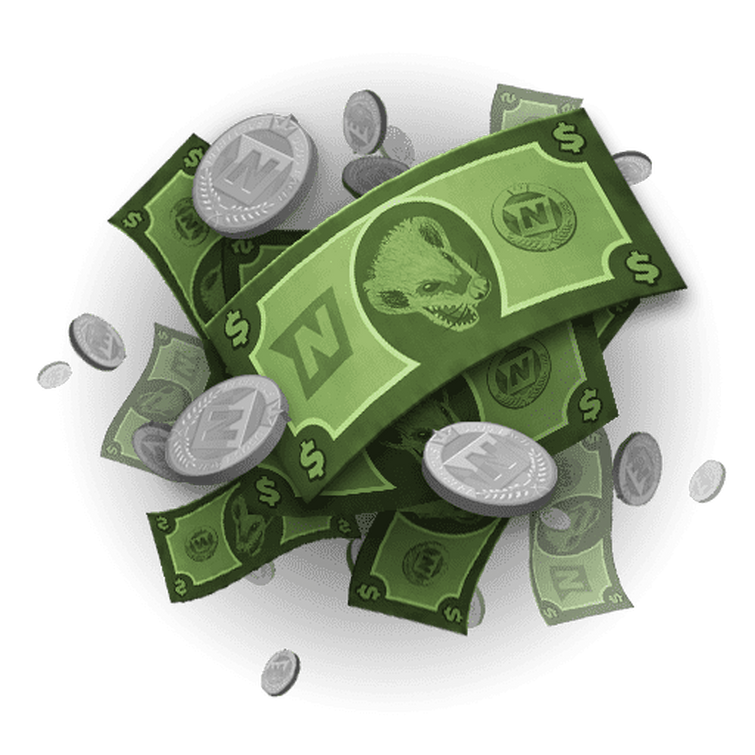 ~)Opinions on these trail(s)

~)Opinions on the way to achieve these trail(s)

~)Is this what you were expecting with these trail(s)

~)Any other appropriate discussion for this post is welcome, but keep your replies on topic with this post.

For good measure, here are the trails we have so far.

As always, have a great race day with your new trails!

has retired. We Shall For Ever Remember Him

I just raced the real purplewt screenshot in comments and here is the pf link: NitroType.com/racer/purplewt

OMG A COUPLE ADMINS HAVE TRIALS AFTER THEIR CAR AND IT IS IN THE SOURCE CODE! 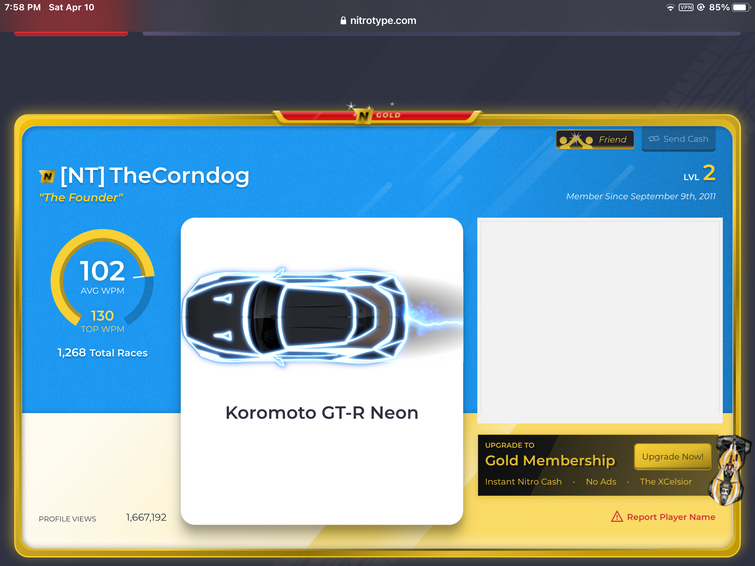 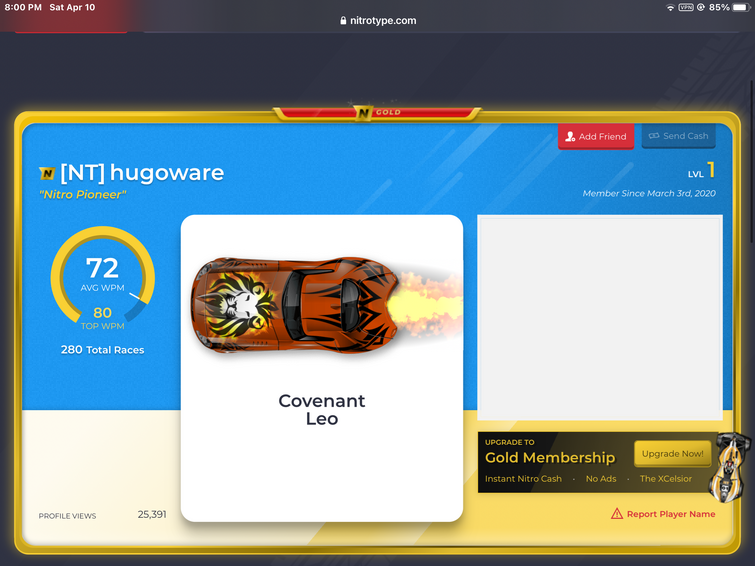 Nt FINALLY fixed the notifs when someone applies to a team, i always get a discard notifs button but never text above it, so good job nt, also sorry for not wating another 3 days, it just happened lol 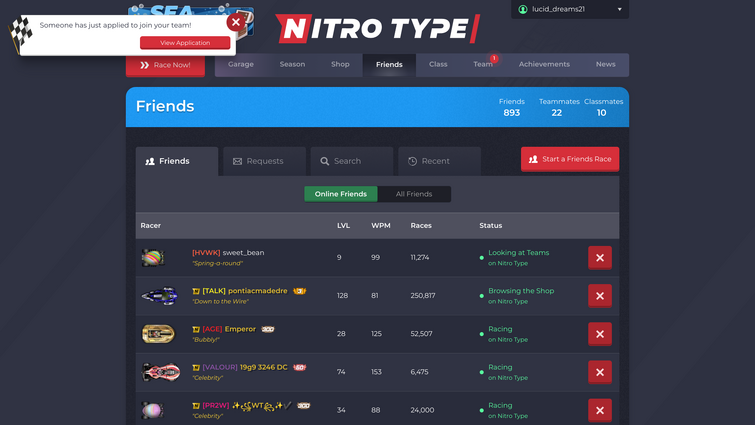 Hey everyone! Not gonna lie, I see some riches have been added to NT a few minutes ago 😏 *quiet laughter as bad puns go brr*

Season 33 has just been released, and there are a few changes to this season that I found particularly interesting to note, and it may help you when grinding for these rich rewards.

• Instead of racing 12 times for each rank/tier (as seen in Season 32 and many of the previous seasons with rewards), 20 races is now required to 'rank up' for the rewards.

• In addition, to get the final rank this season one needs 580 races, up from the 228 races last season. No more procrastinating and doing 200 races in the last 2 days *looks at myself suspiciously* Sadly, the season is only 2 months long so that means some effort needs to go into racing this season *suspiciously eyes pokegeek*

• This season will have 6 cars and 5 stickers, lots of rewards to go around! 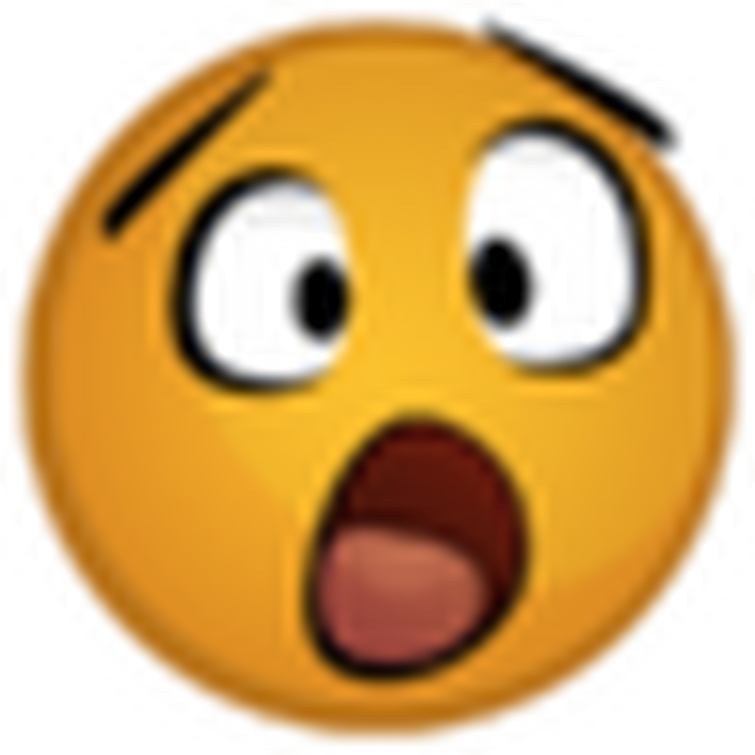 Now, the thing we're all looking most forward to are the cars for this season. While I'll cover the cars in this post, I highly suggest checking out the Season 33 page to preview all the new rewards for this season (including cars, titles, stickers, and cash). 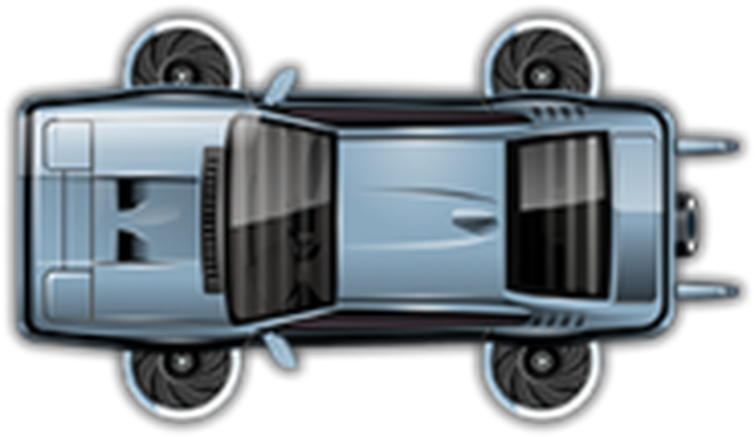 From books to movies to well... typing games, James Bond has been very popular. And what better to include an underwater spy vehicle in this summer season.

A car with wings and a horn? It's Pegasus reincarnated! 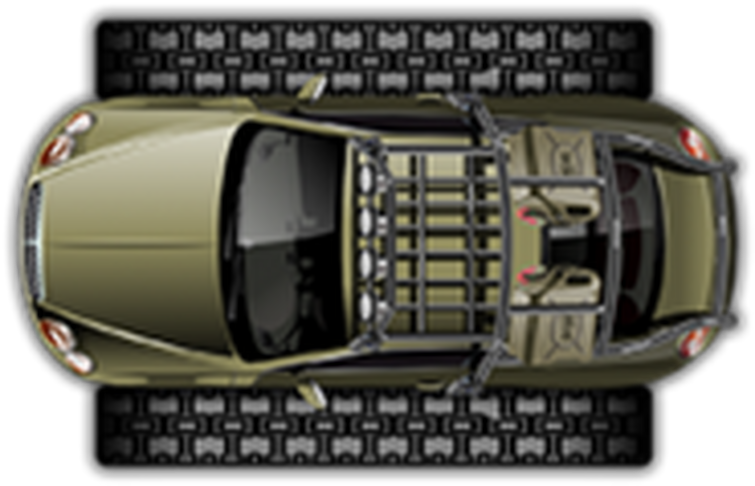 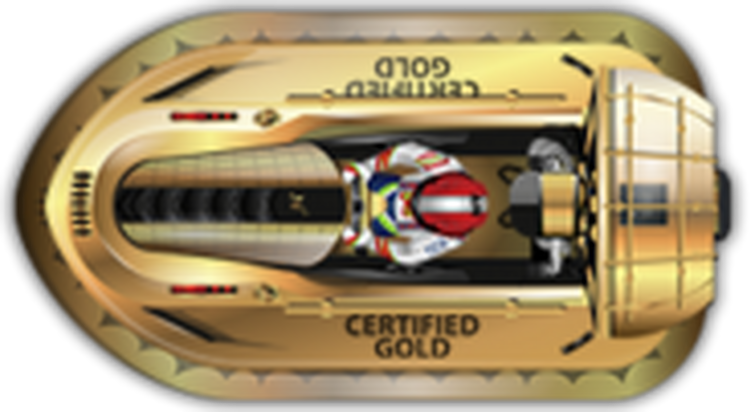 Not a dinosaur; no longer Travis' private car, now we can all unintentionally advertise teaching.com on the track 😉

And of course there are a bunch of stickers and titles; all can be found on our Season 33 page!

Personally, I feel that this is going to be the best season of the year yet, not just because of all of the new (and old) vehicles but also because of the cool designs (a unicorn car is pretty 🔥🔥).

However, it's not up to me to decide whether the season is a good one or not, and as such, I (and the wiki community) would love to hear your thoughts, opinions, and feelings about this season! Feel free to shoutout your favorite car this season in the comments below, as well as anything else you have to say about Season 33.

Please keep all discussions pertaining to Season 33 on this post.

Other posts discussing the season achievements as a whole will be promptly deleted. Polls involving the season are acceptable but please try to keep them to a minimum.

Thanks for reading, and don't forget to enjoy your typing practice even if you hate the rewards 😋 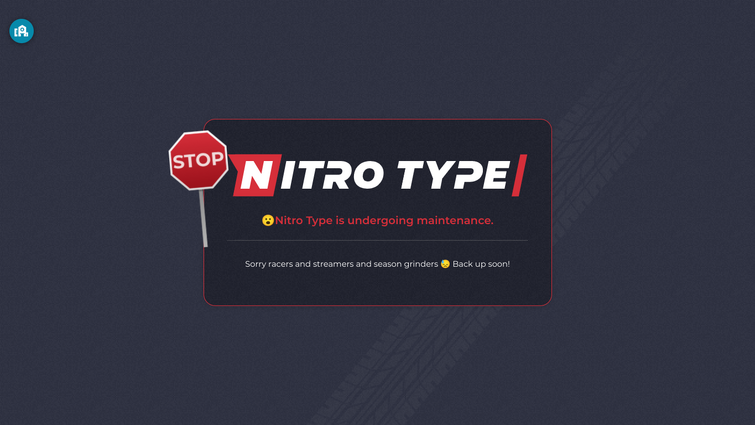 I'm probably not the only person who went straight here when they seen this, but whyyyyy! I was on level 8, racing to get to level 9 :( then the whole thing went under maintenance. Ugh, why here now and when is it gonna go back to normal? I literally don't have anything else to do except for listen to BTS ngl so like...Idk.